Let’s start the week with a series of article/pictorials giving us a glimpse into Winfield’s community life as the town moved into the 70’s…(from the Glimpses August 19, 1970 issue) 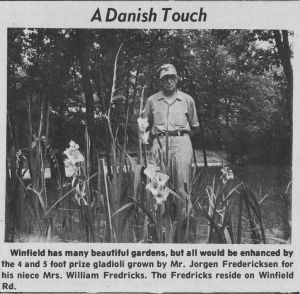 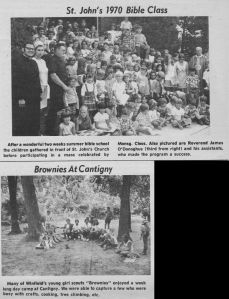 Don’t Build Too Small Of A Home

Back in the early 60’s, the village was looking to set a minimum size in regards to the square footage of any new homes to be built. I’m not sure if this went through, but it doesn’t appear to be on the books today…and apparently the Glimpses editor wasn’t too fond of the idea. From August 1961… 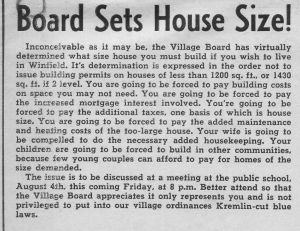 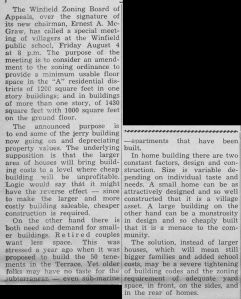 What a difference a few days makes. As the sun set on Sunday I pretty much had my backyard back (and the front yard, side yard etc)… 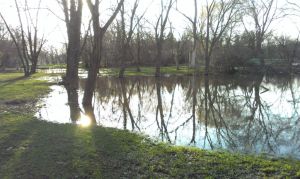 Last weeks flood was the second worst that I had seen…and thanks to a little pre-planning and a lot of pumps I had virtually no damage or loss…just a lot of mopping up and shoveling silt off my driveway and from inside my garages. A lot of friendly folks in town offered to help and did help on the cleanup end of things and speaking of friendly…check out this story from July of 1966… 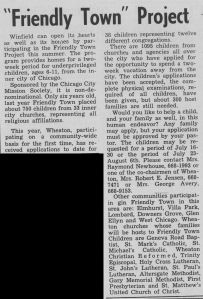 For some reason flooding was on my mind this week, so the following headline grabbed my attention…and I’m passing it on to you…(it also contains other news from the village board meeting of December 1972) 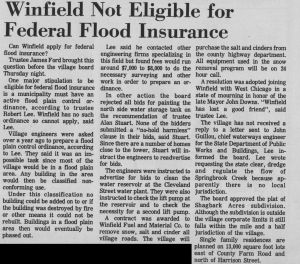 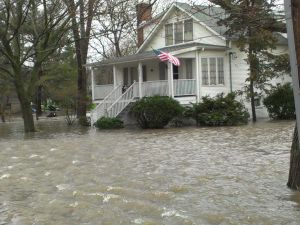 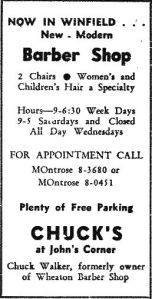 Here are a couple Glimpses articles from the Fall of 1971 in regards to the village police. One is an ad for officers and the other two highlight the first meeting of the police commission. (click each to enlarge) 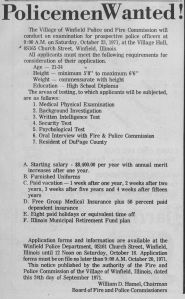 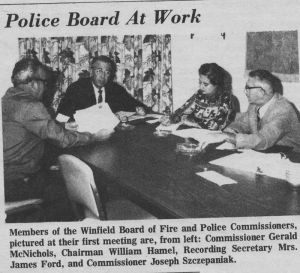 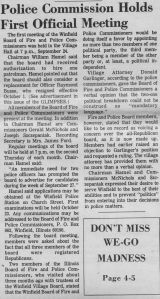 Heading into the weekend, after this long dreary, rainy week…I’ve skimmed through the September 29th, 1971 issue of the Glimpses and pulled some lighter fare, along with a few old ads. Have a good one! 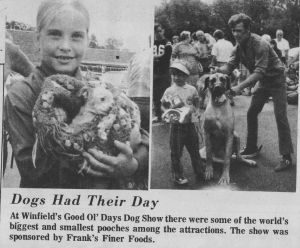 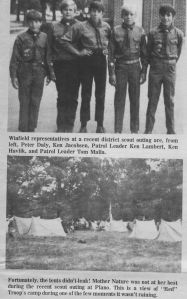 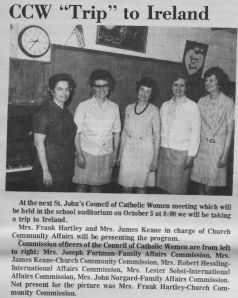 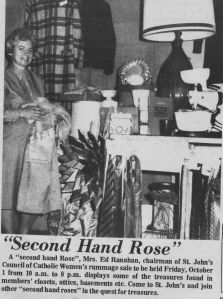 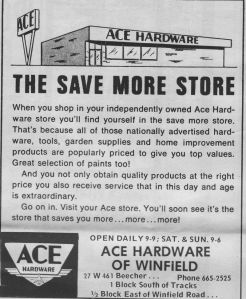 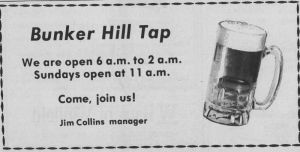 Sadly I predicted the outcome of this weeks election in a previous post. But being the good sport I am, I’d like to congratulate our new president and trustees. Actually, I can’t wait to see what the big “change” will be. My last words on the subject? …get ready to defend your wallet.
Now let’s take a look back at the trustee race from April of 1971 and see the totals from that year…

While a few folks in town don’t seem to care for this group, a lot of others are thankful for the work they do (I count myself among these people). One thing that can’t be denied is that the Winfield Junior Woman’s Club has been around town a long time. Back in March of 1972 the club was celebrating an anniversary… 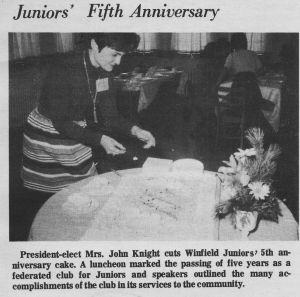 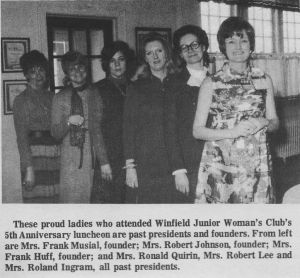 and if you want to see what the club is up to these days check out www.winfieldjuniors.org