Here are a few tidbits dealing with Winfield youth from September of 1967 (some good, some bad)… 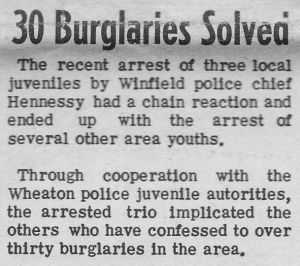 and you have to love this commentary….hopefully the writer is still around today…to see what happened….

We’re now heading into the campaign season for the April 9th consolidated election and it’s time to look forward and back. Forward, by checking out a candidate meet and greet at John’s on Tuesday January 29th from 7-9 pm (winfield411.com/magazine/2013/01/25/you-are-invited/)…and backward by checking out these election stories from February of 1969… 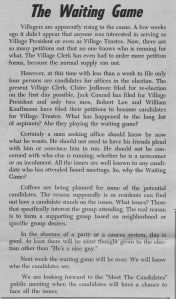 Central DuPage Hospital was seeing ever increasing patient loads in the late 1960’s and as this article points out, one of the biggest increases was coming in the delivery room…
(from April of 1970)…

I couldn’t resist stealing the headline that was featured on a cover editorial of the November 18, 1970 issue of the Glimpses. The writers were up in arms over a program and mailing from Planned Parenthood.

Couple of quick pictorial articles as we head into the weekend. The first one features Winfield public grade school science fair winners and the second features models from a St. Johns fashion show. Both are from the April 1972 Glimpses…Enjoy! 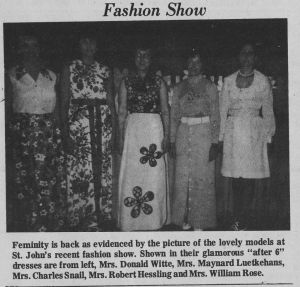 and today’s post is brought to you by Central DuPage Federal Savings….(check out those interest rates)

Not exactly a Winfield story, but it was on the front page of the April 1972 edition of the Glimpses. Details the groundbreaking and plans for the Marian Park Housing complex on Roosevelt Road…all put together by the Franciscan Sisters. 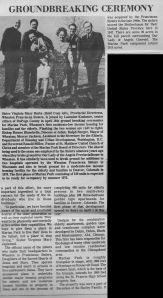 Safe biking was the big topic at St. John’s school back in November of 1970… 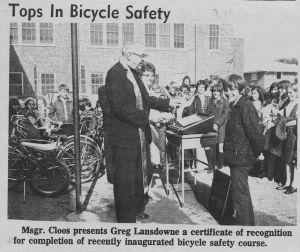 Cool story about Wally Schauer from April of 1976…

Have a good weekend yall!

Big Plans For The Hospital

Back in September of 1966 the Glimpses took a look at the future plans for Central DuPage Hospital and also interviewed the administrator of the day. The two segments are provided below for your perusal… 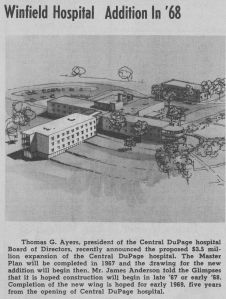