A Glimpse Of Winfield’s Younger Set

How about a nice Glimpses Pictorial to start off the week? This series of photo’s comes from the April 3rd, 1968 edition of the paper. (click each to enlarge)… 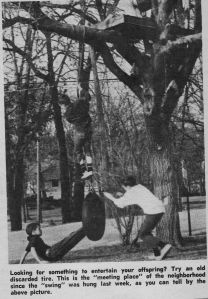 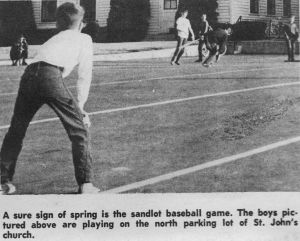 Since the paper didn’t identify any of the kids in these pictures…can you?

Now that the DuPage County Fair is underway for this year, it’s a good time for me to look back at an old fair from the Glimpses and share it with you. The following is a series of articles from July of 1967, outlining activities for that year…

If you happen to go to the fair this weekend…look close in the Home Ec building and hopefully you’ll see some blue ribbons affixed to my vegetable entries…wish me luck!

While the fate of the Church Street rail crossing was being decided (in the late 1950’s), Winfield officials were trying to find an alternative second crossing, in case the Church crossing was indeed shut down…

also from the same article, the popularity of subdividing larger lots…

Plan Commission To Look Ahead 50 Years

Back in 1958 the wheels were in motion to create a Planning Commission, in part to plan for the future….

Now that we are more than 50 years out from the publication of this Glimpses article, did the commission succeed?

In 1966 the Glimpses ran this feature story about a local resident who was into taxidermy….

and today’s post is brought to you by Markl Dairy…

Shockingly, Winfield officials and residents were at odds on how to keep the town’s roads drive-able in the mid 1960’s. Check out some of the ideas that were being bandied about in this Glimpses commentary (from March of 1966)…

If I were to put a sign in my yard today (which I won’t, ’cause I don’t want to clutter my beautiful brown lawn), it would say “No New Taxes Please.” Back in March of 1966 residents were faced with a tax increase from Winfield School District 34, to pay for an addition to the school…would you have supported it?

The Glimpses columnist from 1964, tells of her chance meetings with celebrities…in three segments (click each to enlarge)

and we’re keeping cool with this ad from “Village Liquors”…. 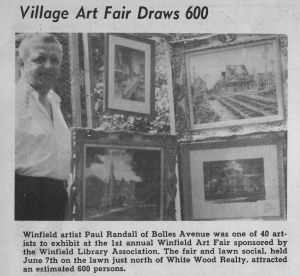 and from the same issue, check out this ad from Prosek’s…

Today’s post features a “Question Box” segment from a 1964 edition of the Glimpses. Local resident’s were asked what they like about commuting…